What’s the difference between owned, earned and paid competition promotion?

By OrigamiGlobe18th May 2021August 17th, 2022FAQ, PROMOTE YOUR COMPETITION7 min read
No Comments

Anyone Answer GIF from Anyone GIFs

This post will explain exactly what each channel is, what the differences between the promotion channels are and which channels you should leverage to promote your competition.

What is owned competition promotion?

An owned channel is one that you have unconditional access to – and can use for marketing at any time – without leveraging a relationship, negotiating access to, or paying to use.

Sometimes as marketers we also refer to data as owned, again, if you have unconditional control of and access to that data. An example would be an email list of subscribers you can contact at any time with any content or offer.

Examples of owned channels you can collect data, entries and promote your competition via include:

Email is an example of an owned channel. Photo of an empty inbox on mobile by Solen Feyissa on Unsplash.

When running competitions for clients, typically we will leverage their owned channels in the following way:

Owned data is arguably the most valuable data you can collect when it comes to competitions; not just because you have unrestricted access to that data to leverage for future marketing, but because generally, conversion rates to paying customer tend to be higher and the cost to collect entries tend to be much lower.

What is earned competition promotion?

Earned channels are ones that you have limited or conditional access to – for example if there’s a gatekeeper who controls access, a relationship that must be built and maintained or conditions that must be met before you can market or promote your competition via that channel.

Examples of earned channels would be pitched (not paid) PR pieces where the outlet will control and decide if it gets published or not, reviews and testimonials that depend on your customers deciding to give one or not and for me (but not for all marketers) I class social media as an earned channel.

You may control the content you post on social media, what your banner or header contains and the call to action you’ve chosen from a limited selection, but you do not control or own the data/followers on that channel, you’re at the mercy of an algorithm that decides who and how many people see your content on the channel and your access can be revoked or removed at any time.

Unlike some marketers, we believe social media is an earned, not owned channel. Image of Facebook loaded on a mobile sitting on a table next to a computer by Photo by Tim Bennett via Unsplash

When it comes to competitions, earned channels to collect entries and promote your competition via include:

Generally, when running competitions for clients, we’ll leverage these earned channels in the following ways:

Promoting our competitions via earned channels always forms part of our competition promotion strategy. Though third parties can sometimes ask for something in return or decline access to their audience and ranking highly in organic search results for a short-term competition is an overly ambitious goal (though it has happened), there are always earned channels that deliver the goods when it comes to quality entrants.

With a huge proportion of the world’s population on social media, it’s always worth planning to promote your competition via these channels – just make sure you keep in mind that owned data (as discussed above)  is going to be more valuable to you in the long term and organic social reach these days is limited to encourage businesses to pay for reach – which leads us nicely to…

What is paid competition promotion?

Paid competition promotion happens on channels that are wholly owned and controlled by another business – and that you must pay a fee to access. That channel owns the data and audience that you are purchasing the right to leverage for your competition.

Examples of paid competition promotion include paid ads run on social media, paid agreements with influencers, or paid sponsorship of a product, event or channel.

When it comes to competitions, other examples of paid competition promotion include:

Usually, we’ll leverage paid channels in the following way during our competitions:

Given that we normally work with small to medium businesses and taking into account a standard timeframe for a competition, we’ll rarely consider sponsorships, paid reviews, advertorials, product placements or print/radio/TV advertising.

These days, it’s a lot easier to measure return on investment and track and tweak metrics with digital advertising than it is with more traditional advertising channels such as newspapers, radio and TV.

Which channels should I use to promote my competition?

So now that you know the difference between owned, earned and paid channels, data and competition promotion; which should you use to promote your competition?

As mentioned above, we would use a mixture of owned, earned and paid channels to collect entries and promote a competition and would recommend you do the same. The specific channels in each category of paid, owned and earned will depend on the business, the product or service being promoted, the ideal demographic we’re hoping to attract and the budget for the competition.

Whilst owned channels may be more valuable in terms of conversion and low cost of entries, if you don’t already have a large owned audience to tap into, you will most likely need to leverage earned and paid channels in addition to your owned channels to hit your competition goals and desired entry numbers.

Similarly, if you have a small following on earned social media channels and don’t have any influential contacts in your industry to leverage, the reality is that you will need to turn to paid channels to access the audience you’re hoping to reach.

So there you have it, the clear difference between paid, earned and owned promotion channels you may want to consider using for your next competition. Using a mixture of the channels will help you reach your desired audience and keep your budget in check whilst maximising your chances of conversion to paid client both during and after your competition. 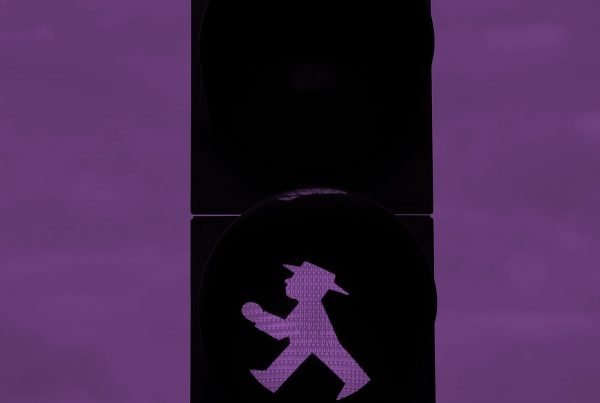 What is an authority to run a competition in NSW?